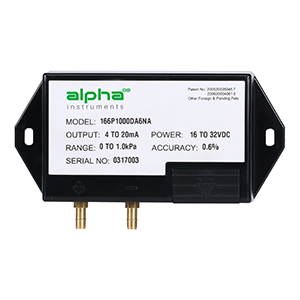 Because its detection principle is to use capacitive pole pitch variation, however is itself nonlinear. In order to improve the nonlinearity, develop a more complex core structure, such as contact, variable area in series with variable pole pitch, and other structures. Another problem that needs to be solved for displacement sensors is the detection of weak capacitive signals.

1. Capacitive pressure sensors are low-cost, which are suitable for mass production

The capacitive pressure sensor is made by MEMS technology, and the chip size is 3mm×3mm. A 4-inch silicon wafer can produce hundreds of components. The product has good manufacturability, consistent performance, suitable for mass production and low-cost operation. The preparation process is compatible with the IC process, and the process equipment is no need to be as expensive & complicated as the process equipment of the silicon resonant sensor, nor no need to be made in a single piece like the metal diaphragm capacitive sensor, which ensures that the silicon capacitive sensor has a high cost-performance.

A capacitive pressure sensor is a structural sensor, and it also is an industrial pressure sensor. In terms of the detection principle, the stability of the pressure sensor is better than that of the physical sensor. From the perspective of the structure design, the stability of this type of sensor is ensured The structural process adopts a fully hard-sealed solid-state process, silicon-glass-metal pressure tube adopts electrostatic sealing, which reduces the stress, hysteresis, and deterioration caused by rubber sealing; the capacitor is not sensitive to temperature, the temperature additional error is not big, and it does not need to complicate temperature compensation like a silicon piezoresistive device. Good stability is one of the main reasons why silicon capacitive sensors are more popular.